Where’s the Project Manager in Agile?

The question never goes away. There are a lot of project managers out there, still asking the question, “Jesse, I’m hearing a lot of stuff. This Agile thing is freaking me out. I don’t see any formal project manager role anywhere. I’m being told it’s not necessary and should I be looking for a new job, new career? Am I obsolete? Old news?”

The answer is no. That’s not the case. That’s not even the point. Instead, here are a couple of things I want to share with you, project manager.

Number one, in order to get around this question, I need you to get some perspective. Consider for a moment that this whole Agile movement was inspired and motivated in no small part by bad project management and bad project managers.

In particular, that negative perception it stems from how we do things and where we sit as project managers from a traditional perspective. Let’s use the talent triangle from the Project Manager Institute as a backdrop here. The expectation place upon you as project managers to do everything….

You have to do a lot of the business responsibilities because you can’t trust the sponsors. They’re never anywhere to be found. You got to step in and make decisions on their behalf. Then the requirements keep getting messed up so you got to jump in and you got to fix those as well. Then you’re the one doing all the technical coordination so you’ve got to go make sure you got the resource allocations, make sure the financial management is okay, then do your compliance reporting. But, wait. You forgot the people doing work. You’ve got to step in, facilitate some skill building, maybe some brain storming, help them out. Maybe you’ve got a technical background, and it’s your job to help them grow their own skills as a delivery team. 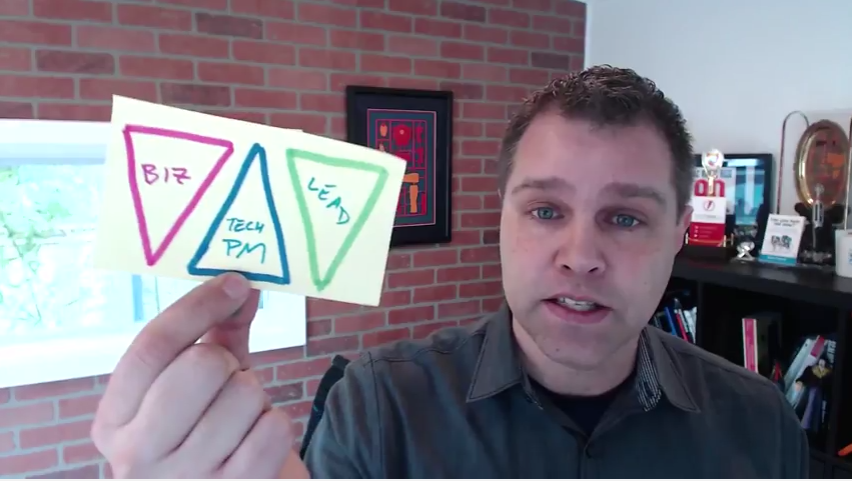 “I’m running around 60 hours a week being pulled in 15,000 directions as a project manager. I’m so glad I got that promotion because now I’m running around not doing any one of these as good as I know I could.”

The problem with the traditional project manager role expectation is that you’re supposed to do everything. That’s neither scalable nor sustainable, from my perspective, and who wants to work for somebody that’s all up in your face on every single thing that you do, doing everything, and is the center of the universe?

Now, as a project manager, that’s usually what we’ve been told. Now, in an Agile environment, suddenly we’ve got different roles, responsibilities, different methodologies, servant leadership- Whatever that is. What are we supposed to do?

I’ve got two suggestions for you.

Option 1: Go Deep in ONE Role 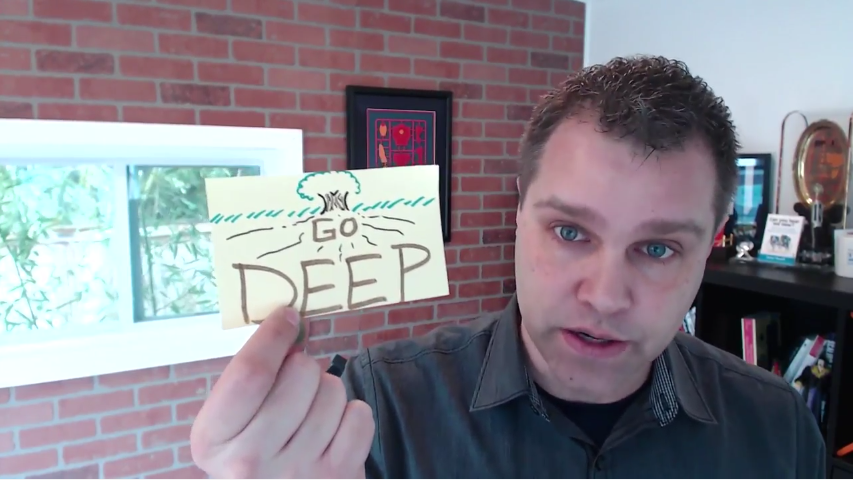 Maybe you use that Scrum Methodology, which is the single most popular Agile approach there is. It’s got upwards of 75% market share, depending on how you do the math. There are three key roles in the Scrum. If you remember, you’ve got the team doing work and then you’ve got a business role, the product owner, and the Scrum Master role, which is a team facilitation / collaboration / performance / growth role. But there’s a secret fourth role involved, and that’s everybody else. Managers, compliance officers, and procurement officers, and everybody that you need in order to make the other three roles productive.

You’ll notice, according to Scrum, all of those project manager responsibilities, which you used to have to do everything, is now spread across four distinct responsibility sets. Pick one of these and go strong. Own it. Double down. Be the project coach as a Scrum Master. Go out and get some facilitation coaching skills. Be the business innovator, where you’re the one that’s at the portfolio conversations and you’re the one that’s driving which investments make sense and which ones don’t. Pick one, make it your career. Go deep.

Alternatively, you might find I don’t work there. That’s great for you, Jesse. I appreciate that but where I work no sooner do I pick one of those things then I’m being yanked in a different direction. Or there’s a new customer in town or a new vice president. People change their minds all the time. I need to be much more diverse than that. I need to be able to do everything. In that case, fair enough. Go broad. You can’t go deep on everything because you don’t have the time. Nobody does. Maybe you can go broad across what’s needed at the right time.

Let’s go back to the triangle and we see those core skill sets again. Maybe you start off as a technical project manager, coordinating resources and dependencies and critical path method and all that jazz. But in the next project, when the next vice president comes in and says, “Hey, Bob, I need you to come over here and do some of that soft skills leadership thing. I think you went to a training class or something. Can you facilitate this customer alignment meeting? I need some facilitation skills here.” 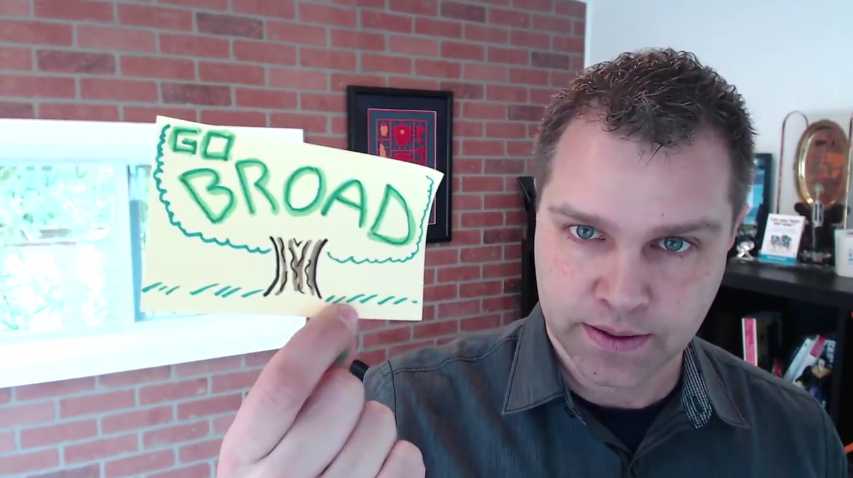 Then you get yanked over to the other project over there where they have some serious need of strategic thinking. You’ve got to bring in some of your business chops. You’re walking around here, kind of not like a project manager doing everything, but a project ninja, coming in and kicking butt and then riding off into the sunset. Because I have personal agility. I’m able to affect value wherever I’m placed because I’ve made investment in my skillset to do more but also to be flexible about what that means in any given context.

Those are some of the thoughts I wanted to share with you: Some perspective, and then two particular options. Go deep or go broad. Exhibit some personal agility or some professional focus.

This website uses cookies to improve your experience while you navigate through the website. Out of these, the cookies that are categorized as necessary are stored on your browser as they are essential for the working of basic functionalities of the website. We also use third-party cookies that help us analyze and understand how you use this website. These cookies will be stored in your browser only with your consent. You also have the option to opt-out of these cookies. But opting out of some of these cookies may affect your browsing experience.
Necessary Always Enabled
Necessary cookies are absolutely essential for the website to function properly. This category only includes cookies that ensures basic functionalities and security features of the website. These cookies do not store any personal information.
Non-necessary
Any cookies that may not be particularly necessary for the website to function and is used specifically to collect user personal data via analytics, ads, other embedded contents are termed as non-necessary cookies. It is mandatory to procure user consent prior to running these cookies on your website.
SAVE & ACCEPT